skip to main | skip to sidebar

Some US Demographic Data 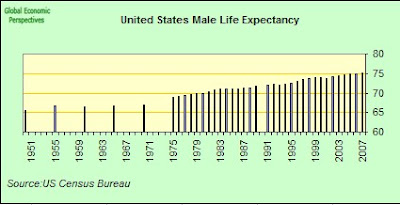 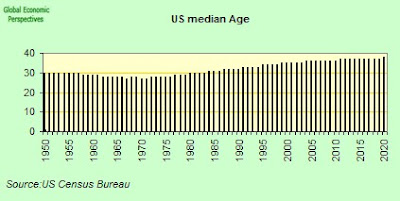 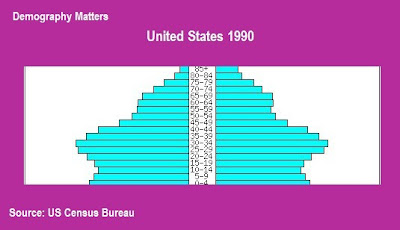 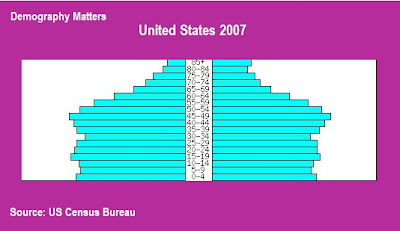 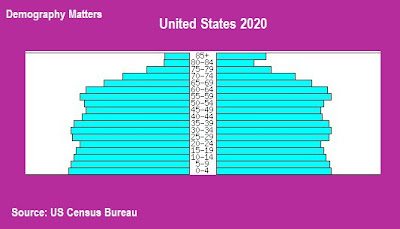 Posted by Edward Hugh at 5:51 AM No comments:

US consumer confidence on one popular index tumbled to its lowest point in over a year as the housing slump and the credit crunch seem to be making people more worried about what exactly the immediate future has in store.

The RBC Cash Index showed consumer confidence at 71.1 in September, a sharp drop from August's reading of 89.3. This was the worst showing on this particular index since May 2006, when higher gasoline prices shook peoples' sense of economic well-being.

Subprime worries, softening job markets, rising gas prices and an unstable stock market have taken a serious toll on consumer sentiment, according to the most recent results of the RBC CASH (Consumer Attitudes and Spending by Household) Index, which measured the attitudes of 1,000 Americans earlier this week. Consumer confidence tumbled across the board, reaching the lowest level since May 2006, as Americans view the current economy negatively and display growing pessimism about the future. As a result, the overall RBC CASH Index, released today by RBC, stands at 71.1 for September 2007, more than 18 points below August's 89.3 level.

As we can see from the chart the index does move around a bit, but then apart from the small spike in August it has been steadily heading down since February, and it does fit in with other data we have been getting, so.......... 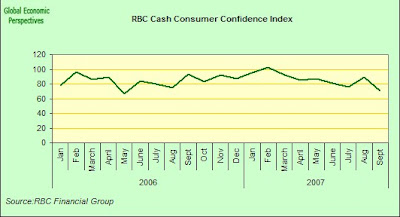 On another front, the Commerce Department reported Friday that retail sales increased 0.3 percent in August, compared to July, when sales went up by 0.5 percent. The strength last month was led by a 2.8 percent jump in auto sales, the biggest increase since July 2006. Again, as we can see below, things seem to be slowing: 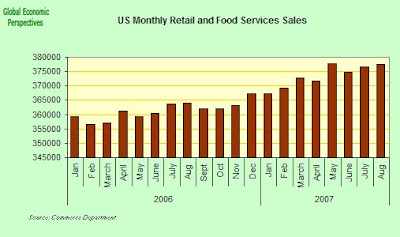 The Federal Reserve also reported today that industrial production was up just 0.2 percent in August. This was the poorest performance in three months and reflected a 0.3 percent drop in output at U.S. factories, the first decline in manufacturing after five straight increases.

The 0.3 percent gain in industrial output followed much stronger increases of 0.5 percent in July and 0.6 percent in June. The drop in manufacturing output was accompanied by a decline of 0.6 percent in mining, the category that includes oil production. These declines were offset by a 5.3 percent surge in output at the nation's utilities, reflecting a hotter-than-usual August.

Looking at the chart, again the pace of increase in manufacturing output definitely seems to have slowed since June: 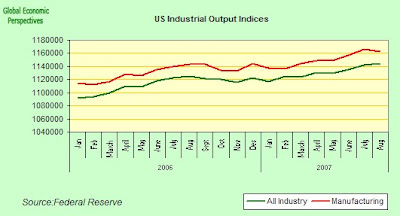 U.S. manufacturing expansion slowed in August from July according to the Institute for Supply Management monthly report. The ISM index of national factory activity eased to 52.9 last month, its lowest since March and down from 53.8 in July. Analysts had been looking for a more modest dip to 53.0, although any reading above 50 still points to expansion. 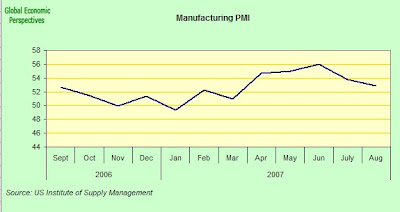 Posted by Edward Hugh at 8:47 AM No comments:

Construction activity plunged in July by the biggest amount in six months as spending on homes fell for a record 17th straight month. The Commerce Department reported Tuesday that construction spending dropped 0.4 percent in July, compared with June, the weakest showing since a 0.6 percent fall in January. It was a bigger drop than economists had been expecting and underscored the continued drag the severe slump in housing is having on building activity. Overall spending dropped to a seasonally adjusted annual rate of $1.169 trillion after having posted a 0.1 percent increase in June. Housing activity fell by 1.4 percent, more than double the 0.6 percent decline in June, and has now declined for a record 17 straight months as US home building suffers its worst slump in 16 years. 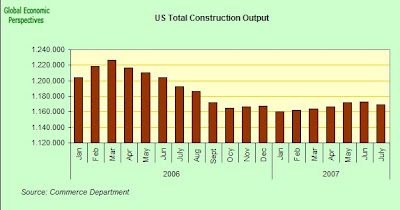 Posted by Edward Hugh at 8:36 AM No comments:

The US Commerce Department on Thursday this week boosted its initial estimate of second-quarter 2007 growth in gross domestic product revising the rate from the 3.4 percent advance estimate of a month ago, to the 4.0 per cent in this preliminary estimate. While the second-quarter pace was the fastest since the start of 2006 and eclipsed the first quarter's anemic 0.6 percent rate, many analysts are suggesting that growth has peaked and will slow sharply in coming quarters. Strong business investment and higher exports were a big part of the picture in the second quarter, but this was, of course, before the onset of turmoil in credit markets that is expected to put a brake growth. Here's the chart. 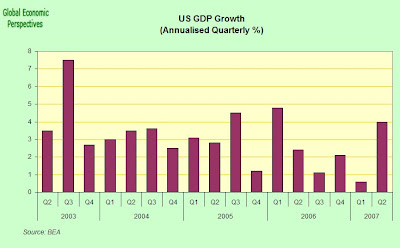 US consumer confidence as measured by a University of Michigan survey dropped sharply in August, falling by 7 points to 83.4, a 12-month low. Here's the chart: 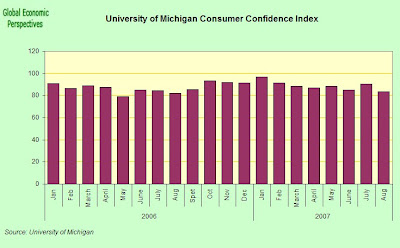 The US Commerce Department reported yesterday that consumer spending rose by 0.4 percent in July, double the June increase. The spending was supported by a solid 0.5 percent rise in incomes, the best showing in four months.

The gain in spending was in line with analysts expectations, although the increase in incomes was nearly double what many had expected. However, many observers have cautioned that the July increases could be temporary given recent weakness in consumer confidence caused by the prolonged slump in housing and the past few weeks of financial market turbulence. Here is the chart for consumer spending: 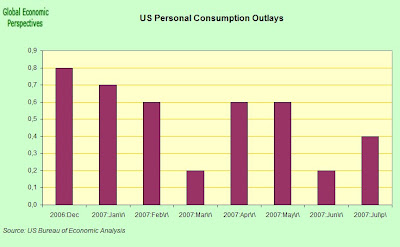 And here's the chart for month by month changes in personal income growth: 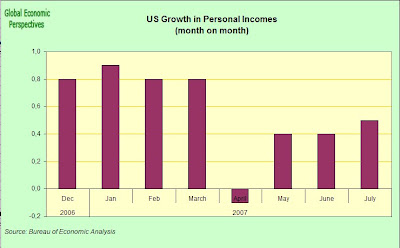 and here is the same information showing the annual change over the previous year. 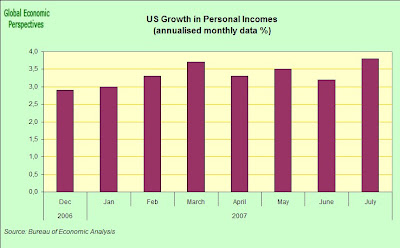